ACT 101: Have You Left Money Lying Around? A Look at California’s Clean Fuel Market 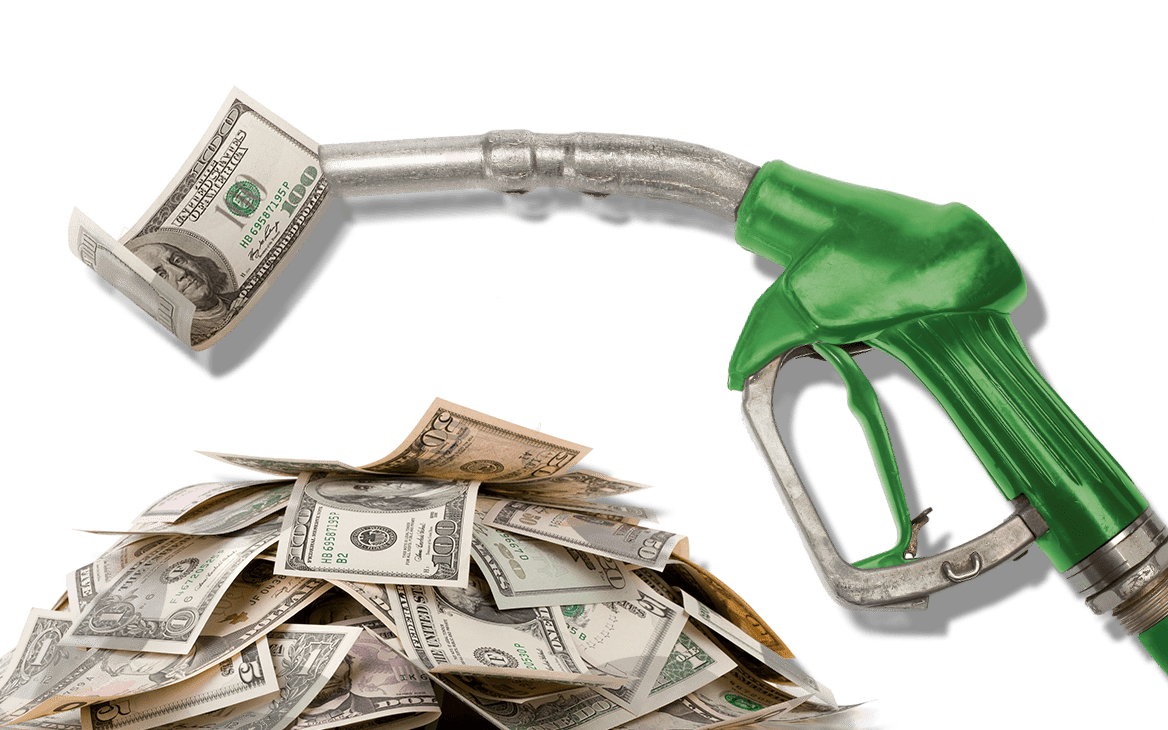 There’s an old story told by economists: A senior and junior economist are walking down the street when the junior economist says, “There’s a $20 bill on the ground!”. Without looking down, the senior economist retorts, “Impossible. Someone would have picked it up already.”

How California Created a Market Incentive For Clean Fuels

To learn whether you are leaving money lying around, and how to pick it up, first a quick lesson on California’s clean transport economics. Why is money lying around? Fuel and electricity use generate greenhouse gas emissions, which the State of California aims to cut 80% by 2050 (compared to 1990 levels). Clean and renewable fuel, electricity, and hydrogen fuel cells offer emissions cuts in commercial transportation that help California meet its goals.

To accelerate adoption of these technologies, the state created an entire market system called the Low Carbon Fuel Standard, or LCFS. An LCFS credit is tradeable on the LCFS market and its purpose is to convert quantifiable emissions reductions into money that is equivalent to one ton of emissions per credit. A bigger cut in emissions earns more credits—and therefore more money—on the LCFS market.

The program began in 2011 and sends a strong price signal to clean technology providers who can make more aggressive investments based on the ability to earn credits. According to the state, renewable fuels replaced more than 2 billion gallons of petroleum and natural gas through the LCFS in 2018. Given its success, the program was extended to 2030 and the emissions reduction target was doubled starting this year.

Fuel and electricity providers, as well as some fuel and mobile equipment users, can generate income from the LCFS market by using advanced, clean fuels and electricity.

How Much Revenue Can be Generated?

Now that the first lesson is done, the next lesson is more fun. What kind of money are we talking about? Fuel and electricity providers, as well as some fuel and mobile equipment users, can generate income from the LCFS market by using advanced, clean fuels and electricity.

By our estimates, at last month’s average credit price of $188 per credit, on average each year:

– A class 8 tractor, refuse truck, or transit bus can generate as much as $90,000 per year (assuming 10,000 diesel gallons equivalent of annual fuel consumption and that the renewable natural gas is produced from dairy waste in California).

However, most of that value is returned to the biogas producer to help offset the higher cost of delivering the ultra-low carbon renewable fuel.

Get Paid to Refuel and Recharge Instead of Paying For Fuel

These examples help show how LCFS credits can accelerate a return on investment, contribute to a lower total cost of ownership, and in some cases provide free fuel plus a little additional cash in the fleet’s pocket. Fueling with cleaner technologies in California can be less expensive than using diesel fuel, so adding an additional revenue stream from these vehicles sweetens the deal even more. And participation isn’t limited to EVs, biogas, and hydrogen. You can also participle if you own your own CNG, LNG, propane, or hydrogen station.

As I write this, the total market is valued at approximately $2.1 Billion per year. While credit values fluctuate daily based on market supply and demand, renewable biogas and electricity regularly capture the biggest returns.

Fueling with cleaner technologies in California can be less expensive than using diesel fuel, so adding an additional revenue stream from these vehicles sweetens the deal even more.

Have You Left Money Lying Around?

The final lesson may be the most important for your business—Are you leaving money lying around? The changes to the LCFS that went into effect January 1st of this year make it easier to generate credits for using electric vehicles (EVs) and hydrogen. Aviation fuel was also added to the program.

Today, clean vehicle and equipment owners can make or save money from the LCFS in the following ways:

Now that class is over, how will you pick up your share of the LCFS money?

GNA Can Handle the Hard Work For You

If you’re interested in learning the finer points and nuances of the LCFS program, simply give us a ring!  GNA has been helping clients meet their sustainability goals while generating revenue from the LCFS program since the program’s inception.

GNA has been helping clients meet their sustainability goals while generating revenue from the LCFS program since the program’s inception.

GNA provides a turn-key service to pick up all of the money available and can easily walk you through the steps needed to begin cashing in on this lucrative program.  If you are already running low carbon fuels in your fleet and not collecting any revenue from doing it, you are walking right past that $20 bill just sitting there on the ground.  You, as the fuel user, however, are the only one that can pick it up!

We will continue to share more about this market for clean fuels and other similar markets expanding across North America. This is the first of several articles intended to ensure companies understand the value available and how to take full advantage of it.