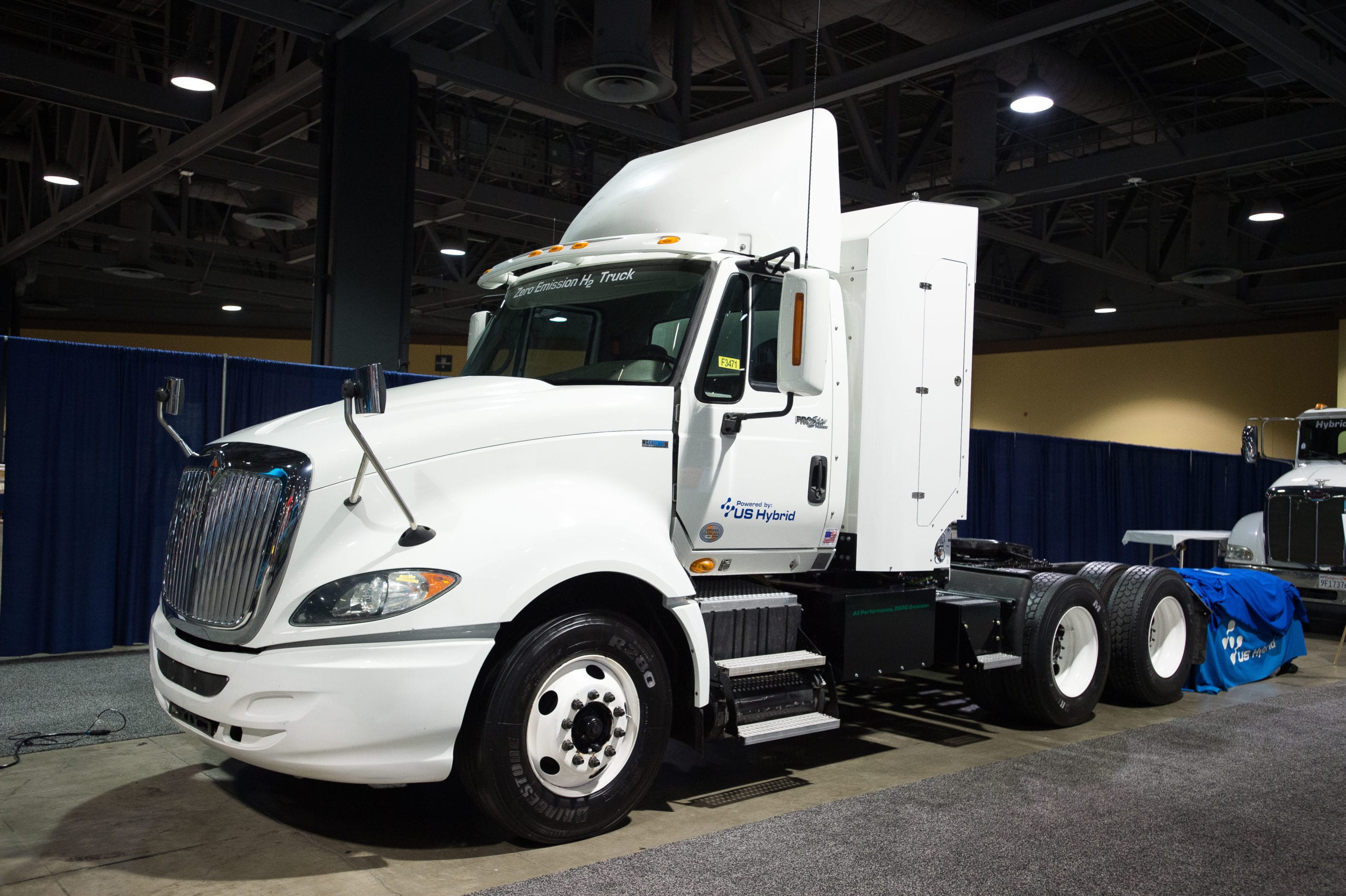 Hydrogen fuel cell medium- and heavy-duty vehicles were once a vehicle technology platform that was dominated by startups and early adopters but is now seeing investments from some of the trucking industry’s biggest names. Toyota, UPS and Kenworth have all made headlines recently for high-profile hydrogen fuel cell projects. Meanwhile, several other major truck manufacturers have said they’re exploring zero emission technology strategies to respond to increasing customer and regulatory pressures.

Fuel cells powered by hydrogen have become an attractive technology because the hydrogen powers an electric motor and the only emission out of the tailpipe is water. Hydrogen fuel can be made from 100% renewable sources and filling up a hydrogen tank is a similar user experience for the driver as a gasoline or diesel vehicle, unlike plugging in a battery-electric vehicle.

One of the first engine makers to tackle fuel cells was California-based US Hybrid Inc. They have been building fuel cell engines for transit buses, step vans, and military vehicles for several years. The company recently unveiled its first class 8 fuel cell port drayage truck featuring its PEM fuel cell engine that will run at the Ports of Los Angeles and Long Beach. The fuel cell tractor, a Navistar International ProStar day cab, features US Hybrid’s FCe80, 80 kW PEM fuel cell engine, an estimated driving range of 200 miles under normal drayage operation, and can be fully refueled in less than nine minutes.

Salt Lake City start-up, Nikola Motor Co. announced they are beginning to build their Nikola One, a hydrogen fuel cell semi-truck that produces 1,000 horsepower, can generate 2,000 pound-feet of torque and travel 800 miles or more between fillings. Nikola also plans to help move the industry one step further by constructing a nationwide fueling network of over 350 hydrogen stations. Building the fueling infrastructure is critical for wide scale deployments of fuel cell vehicles as there are currently only a few handfuls of stations across the nation.

Toyota Motor Corp., the world’s second-largest automaker, unveiled their “Project Portal” venture—a class 8 truck powered by a hydrogen fuel cell. Toyota will begin testing the concept vehicle in real-world use shuttling shipping containers between the ports of Los Angeles and Long Beach and various freight depots up to 70 miles away.

Kenworth Truck Co., the first major heavy-duty truck maker to join the fuel cell race, recently announced that they are developing a hydrogen fuel cell tractor that will haul freight from the Southern California ports to nearby warehouses. The tractor, which will be delivered later this year, will use lithium-ion batteries to power an electric motor. The vehicle is one of several prototypes the company is developing with the aid of $9 million in grants from local and federal government agencies to develop and test low and zero emission drayage trucks.

The world’s largest package delivery company, UPS unveiled an extended range class 6 fuel cell vehicle that it will deploy in its “Rolling Laboratory” fleet of alternative fuel and advanced technology vehicles. UPS’ goal, in partnership with U.S. Department of Energy, is to develop a first-of-its-kind, zero tailpipe emissions delivery truck that meets the same route and range requirements of their existing conventional fuel vehicles.

With all of the recently announced projects and some of the industry’s biggest players beginning to join the race, it’s only a matter of time before we begin to see more hydrogen fuel cell trucks on the road.